HomeAbout Us Our Pastor

Reverend Keith Linnard Reynolds is a native of Gary, Indiana. He is the youngest of the three born to the late Mr. and Mrs. Ray F. Reynolds in a supportive home environment where developing Christian values and attaining a solid education was non-negotiable.

As a child, Pastor Reynolds felt the secure presence of God that he did not totally understand, but fully believed that God had a special plan for him. This feeling was enhanced as he and his family attended St. John Baptist Church. With the continued support of the Holy Spirit, this presence became a natural fit for him.

Upon completion of his secondary education along with a desire to be a lifelong learner, Pastor Reynolds entered Lincoln University of Missouri. Even in the midst of college studies and exploring young adulthood, he regularly attended Quinn Chapel A.M.E. Church in Jefferson City. He always remembered the advice his father gave him before leaving for college about the importance of finding a church home. After graduation, he relocated to Atlanta in hopes of establishing a successful career in education in 1980. The calm and unrelenting voice heard deep in his heart and soul reminded him that God had a special design and call on his life to enter Christian ministry.

In 1981, Pastor Reynolds accepted God's call and entered Christian ministry. He gave his first sermon at Union Baptist Church under the Pastorate of Rev. J.A. Wilborn. Also in 1981, he began his professional career as a teacher and athletic coach with the DeKalb County School System. It was then that he fully understood that his spiritual life, led by God, would dictate his secular life. He found himself at peace with the life that God had destined for him. For over thirty-one years, he pursued a career as an educator and his calling to preach the gospel. He was named Teacher of the Year at his school and was subsequently promoted to assistant principal and then principal. 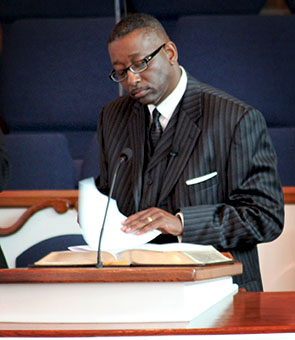 Rev. Reynolds has served as an associate minister, taught Sunday school classes, served as a superintendent of the Children's Sunday School Department, lead worship services at The Palmer, a Senior Citizen high rise, as well as served in the Kairos Ministry which gave him the opportunity to minister men incarcerated in both the Georgia State Penitentiary and the Atlanta Federal Penitentiary. Before becoming Interim Pastor at Christian Fellowship, he led the children’s services, summer youth camps, and vacation bible school. On January 30, 2011, the members of Christian Fellowship Baptist Church elected him their third pastor. 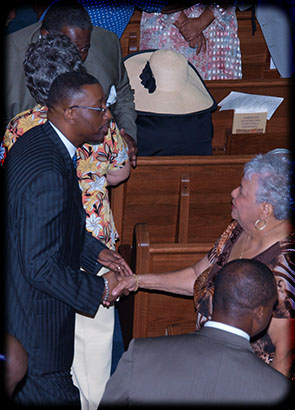 Throughout his career, Pastor Reynolds infused the Lord's work in all he did by blending his administrative skills in education with his call to the Christian ministry. He believes that there must be a committed and united effort by religious, educational and community institutions, along with families, to ensure the successful development and enrichment of young lives. Since none of these institutions are self-sufficient, they all need transitional leadership to nurture their diverse yet essential qualities. Rev. Reynolds believes that each institution must be dedicated to reaching Christians, young and old, and also those who have not recognized the presence of the Lord in their lives - the same spiritual presence he felt as a child.

Pastor Reynolds is a devoted scholar, a true man of God, and an inspiration to his church and community. He resides in Stone Mountain, Georgia with his lovely wife of thirty years, Marilyn Johnson Reynolds.